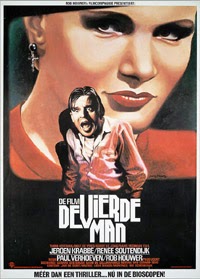 With the loss of the showroom at the Niagara Falls Casino, Joseph, Madame Rose and I decided that my grand concert there would best be done from a barrel going over the falls, surely a first. A suitable 55 gallon drum, recently emptied of canola oil, was located and padded and fitted with a webcam and a sound system so I could broadcast from the Niagara river to adoring crowds on the banks as I took my historic journey. I put on a new Thierry Mugler with various shades of blue and white beading, wrapped myself in bubble wrap and slid into my cozy new home.

I have little recollection of what happened next - I know I got through Falling in Love with Love and the first portion of Falling in Love Again before I was swept off into space. Joseph assures me that I was in fine voice but there were some problems with the sound system and it kept picking up the local police band so the gathered crowds kept hearing about '2-11s in progress' during my solos. I survived the ride just fine, if slightly concussed, but apparently the barrel struck the Maid of the Mists on the way down and slightly injured several Japanese tourists from Kyoto. Madame Rose says not to worry as the resultant publicity will more than offset any potential lawsuits.

I was admitted briefly for observation to Niagara General hospital and had my choice of films for the in room DVD in the VIP suite. I selected The Fourth Man, Paul Verhoeven's Dutch film from 1983 which was an international hit and which brought him to Hollywood where he went on to such fare as Robocop, Basic Instinct and Showgirls. I had enjoyed it in its initial release but had not had a chance to see it in some years.

The Fourth Man is the story of a down on his luck, alcoholic, bisexual Dutch writer, Gerard Reve (Reve is French for dream), played by Jeroen Krabbe, who accepts an invitation to speak for a literary group in the seaside town of Vlissingen. As the film opens, we recognize that his mental health is somewhat precarious and that he is, at times, possibly hallucinating and possibly psychic. In Vlissingen, he meets Christine (Renee Soutendijk), a mysterious wealthy young widow who runs a local beauty salon. They spend the night together, although it is unclear who is manipulating whom. When he decides to leave, a combination of her wealth and the opportunity of being close to her other boyfriend (Thom Hoffman) seduces him into staying. As he gets to know her better, he discovers that she had not one husband who died, but three, and he becomes more and more convinced that she is a figure of evil and that he may be the titular fourth man, and corpse, in her life.

The film is a stylish Hitchcockian thriller, complete with the enigmatic cool blonde beauty, the hero up against forces he can't control or understand, and powerful, somewhat surreal symbolism reminiscent of Spellbound or Vertigo. The difference is that Hitchcock sublimated all of his kinky sex, death and religious impulses into very conventional images. Verhoeven lets it all hang out. The first shots of the film involve frontal male nudity from Krabbe and all of the principals have explicit sex scenes with each other, some very strange indeed, especially a vision sequence where Krabbe molests Hoffman as a living crucifix.

The film crawls with religious imagery with appearances by the holy family, the passion, and the story of Samson and Delilah well represented. Much is also made of the spider image of the black widow and the web, ensnaring helpless victims and the enigma of the sphinx. Some of the imagery is a bit grotesquely over the top but Verhoeven always delights in pushing the envelope and shocking his audience.

In the central roles, Krabbe, who later made a name for himself playing suave European types in Hollywood films, catches the right balance between sanity and psychosis as the writer. It remains unclear through the film as to whether the supernatural events and magic realism are 'real', or products of his deranged imagination. This deliberate enigmatic quality will lead to many post-screening arguments amongst friends. Soutendijk is lovely as the widow Christine. She manages to find the fine line between innocent victim of circumstance and conniving, manipulating she-devil. Hoffman is the weakest but all he really has to do is look great in a Speedo.

The DVD has a good color transfer of the original wide screen proportions. It's in Dutch with optional English subtitles. The sound isn't great, but it's adequate for the kind of film that it is. There is an alternate, recently recorded, commentary track with Verhoeven which is interesting for his backstage stories, clarification of imagery, and sniping comments at both Hollywood and Dutch film critics. In addition, there are the usual talent bios and some of Verhoeven's original storyboard art.