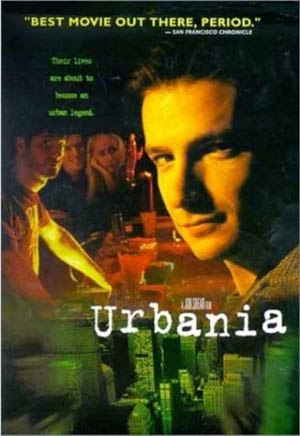 My triumphant return to the New York concert stage was not everything I had envisioned. Joseph, my manager, tried desperately to book Carnegie Hall for the last stop on my fund raising tour for NYC disaster relief but there was just no room on their schedule so we had to settle for the Carnegie Deli. I arrived to find that the venue was much too small to accommodate the thousands of adoring fans that were expected and that they planned on continuing dinner service during the show. We solved that problem by pressing the wait staff into service as my back-up singers and dancers. I only had six hours to take those arthritic beehived ladies and make them into chorines with a flair. It wasn't easy. Getting them to wave their dill pickle spears in time to the music alone was a nightmare.

I sent Madame Rose, my publicist, over to the Versace boutique on Fifth Avenue to borrow some suitable frocks for my new found chorines - their basic black was just so dreary. There was a slight misunderstanding between her and the salespeople who had not gotten the message from Donatella to be free with the stock and I had to send Joseph down to the precinct house to bail her out on shoplifting charges. Of course, when we did get the dresses over to the Deli, nothing fit and everyone had to be safety pinned into them five minutes before show time. Finally, it was eight o'clock and I opened with Kander and Ebb's immortal New York, New York and we were off. The joint was packed with first nighters and pastrami on rye and only two of the waitresses fell out of their gowns during the tap combination. It wasn't perfect, but there was a lovely review from Army Archerd in Variety the next day, complimenting me on my vocal stylings and my horseradish.

After such a night, I had to settle in with a New York film. My choice was the small, independent film from John Shear, Urbania which was released last year on the art house circuit to considerable acclaim. Made for under $250,000 with a largely unknown cast, Urbania examines the emotional and interior lives of its characters in unusual ways and feels much more complex and richer than the usual small budget, debut independent feature.

The film is the story of Charlie (Dan Futterman, of The Birdcage and Judging Amy), a young man from the Chelsea/Village area of New York city, and his emotional odyssey over the course of a few days. As we first meet him, he seems emotionally disconnected from his world and his life. As we learn more about him and his story, he at first seems to be making self defeating choices in his relationships with others; later we learn that things are not always as they first appear and that he's struggling to free himself from the past. During the course of the film, he develops relationships with a homeless man (Lothaire Bluteau), a kindly bartender (Josh Hamilton), an old friend now ill (Alan Cumming), a shallow soap opera actor (Gabriel Olds), a violent bully (Samuel Ball), and a seemingly perfect mate (Matt Keeslar). Yes, it's one of those films in which central characters happen to be gay but it's not, per se, a gay film - rather a human one.

The film does not unfold in straight forward narrative fashion, but rather weaves back and forth in time and is tied together more by thematic elements than by plot. However, by the end of the film, Charlie's story and why he is the way he is has become heart breakingly clear. To reveal more would do the film a disservice. The film doesn't take place in the usual New York of film and television, but rather in a faceless New York (there's little use of the usual locations and I, at first, thought perhaps it was filmed in Toronto or Montreal.) It's a dream New York, fitting in quite well with Charlie's agonized state of mind. To provide texture, the film is punctuated with various well known urban legends which intersect with Charlie's life and which may be real or may be part of his fugue state. These range from the man who loses a kidney, waking up in an ice bath to the rat in the hot dog bun from a street vendor; the minute a poodle makes an appearance, you know just where it's going to end up.

This is the first film from director John Shear, who also wrote the screenplay, along with Daniel Reitz, adapted from Reitz's stage play. Shear played the role of Charlie on stage in Los Angeles and took the episodic material, shaping it into a much more emotionally meaningful journey for the central character. Shear doesn't linger on establishing shots or stunning visuals, preferring an overlapping montage of images and sounds that tell the story in several directions at once and which concentrate on the people involved. It's a good choice for the material and he may prove to be an actors' director.

The DVD makes the best of the super-16 saturated colors and the sound is adequate. Some scenes are a little dark but I think it's deliberate based on the nighttime setting of much of the story. In addition to the film, there are a couple of featurettes about the film and about the nature of urban legends. There is a commentary track with director Shear and Futterman, who are joined briefly by supporting actors Cumming and Olds, which is interesting with its insight into low budget gonzo film making. The commentary track soundtrack is out of synch with the picture by about ten seconds which can be very annoying when the commentators aren't talking. There are also a few cut scenes, including one starring a small rodent that I'm glad they left out.

The gay material may not be for all audiences, but those who are adventurous will find a lovely insight into the human condition.