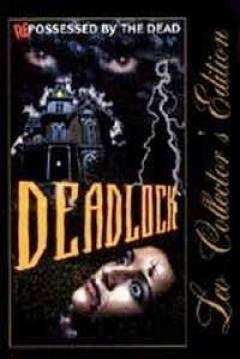 My New York concert marked the end of the current tour. I was just as pleased as punch to take the check for $632.47 (tour profits minus expenses) down to the site of the former World Trade Center to donate it to Mayor Giuliani. Unfortunately, he wasn't there when I arrived in my Blackglama mink and steel toed Ferragamo pumps but the nice young man with the squeegee on the corner of Canal and Broadway said he'd be more than happy to see that he got it.

Then it was time to return home to Chateau Maine. I was originally going to take a nice leisurely train ride back across the country to my home high in the Hollywood Hills, but there's been so much talk about people getting sick from Amtrak in the news that I was somewhat afraid. How I long for the days of the Super Chief and the Twentieth Century Limited - they never made people ill. I had to settle for first class on United Airlines (not what it used to be I fear). Security was exceedingly tight at the airport and they had the nerve to confiscate my silver plated Tiffany nail file and my super support underwire bra as potentially hazardous weapons.

I returned home, slightly sagging, with only just enough energy to collapse on the couch in front of a film. Cable surfing brought me into contact with something called Deadlock, a 1997 film from an outfit called Sick Puppy productions - a low budget comic horror fantasia of which I had never heard. Writer/director/actor Stuart Chapin and his wife, Vanessa have created a small gem of independent film making. Despite the late hour and the travel weariness, I was riveted - the film showed more imagination and style than any dozen Hollywood formula products tailored to the usual demographics.

Stuart Chapin plays Rick O'Brien, screenwriter and puppeteer, living quietly in suburban Los Angeles with his wife, Ellen (real life wife, Vanessa). One day, he discovers the door to his den acts as an interdimensional door when the lock is jiggled the wrong way, letting celtic demons, known as kobolds, into his home and into his mind. Soon Rick is dismembering and beheading his wife, axe murdering the couple trying to buy his home, and stuffing the key to the den door up his nose in a suicidal frenzy. The house then passes to his brother, Barry (Aaron Hendry), an unemployed soap opera actor (who made the mistake of eloping with the producer's girl friend). His new wife Susan (Michelle Beauchamp), an artist, and he set up housekeeping around the various ghosts and demons of whom they are only vaguely aware. We see them all in glorious detail, all the color of Krishna including Ellen's severed head in the disposal (which keeps mouthing off), the succubus in the bathtub, and an old gentleman who apparently lives in the washing machine. Soon, a garrulous hypnotherapist neighbor (Timothy Trujillo) clues them in to what's really going on in their home and then the mayhem mounts, culminating in a Hollywood interdimensional schmooze party like no other you've ever seen.

The film is shot in a combination of film and high definition video, allowing the film maker to employ a lot of digital effects relatively cheaply and easily. The effects look a bit tinny, even on the small screen, but they're so inventively deployed and the film moves at such a madcap pace, that I didn't mind. The script is full of wordplay, tangential ideas and the energetic cast is so busy zinging the one liners at each other with glee, that at times I felt like I was in a Tom Stoppard rewrite of Night of the Living Dead.

The leads are all attractive, often get naked for no particular reason (it has all the gratuitous nudity such films tend to have and its fairly equal time between the sexes), and, unlike many such features, can actually act. Hendry and Beauchamp, as the couple coping with blue humans crawling out of their cupboards while party planning, are especially good. Both obviously have stage training and Hendry, who has a background in stage combat, has a couple of good dueling scenes which have been worked into the plot for a chance for the fight choreographer to show off. Trujillo, has the hypnotherapist, seems to have ingested just a little too much amphetamine before his takes but the performance is not out of character with the breakneck pace of the rest of the film.

Usually, I find such low budget fare painful to watch - this one was such fun that I'm giving it a major thumb up. I wouldn't necessarily go out of your way to try to find it but it's better than 90% of what's at the suburban multiplex.